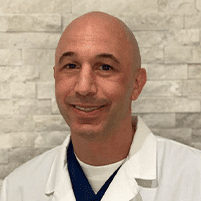 At Complete Healthcare for Women, located in Richland, Washington, Dr. Richard Lorenzo is constantly educating himself on the most recent developments in gynecology, obstetrics, and medicine in general. One way he does this is by keeping up with the most advanced surgical strategies and technology, including the da Vinci® Surgical System.

What is the da Vinci Surgical System?

The da Vinci Surgical System is a robotic platform that allows the surgeon to operate in a minimally-invasive way. After performing small incisions, Dr. Lorenzo can insert small wristed instruments and an HD, 3D camera. This allows him to see the entirety of the surgical site from a comfortable distance. His expert movements are then translated with the latest robotic technologies to ensure precise movements from the machine. While Dr. Lorenzo is 100% in control, the robotic system allows for further precision through micro-movements of the machine and the high-quality image of the camera. The da Vinci surgical platform has been used to treat more than 3 million people worldwide.

What procedures are performed with the da Vinci Surgical System?

Dr. Lorenzo uses the da Vinci surgical platform for a number of surgeries to enhance your healing time and overall experience. These include:

Not everyone is a candidate for da Vinci robotic surgery. Talk to Dr. Lorenzo about options for your particular condition.

What issues can these surgeries help resolve?

What are the benefits of da Vinci surgery compared to more conventional options?

The da Vinci surgical system provides Dr. Lorenzo with a 3D image of the inside of your body. This helps him identify all areas that require treatment, such as with endometriosis. The wristed instruments bend more than the human hand, giving the doctor more precision and control.

Words from our patients