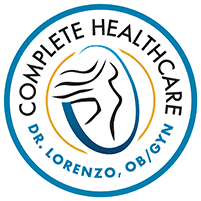 Many women in perimenopause or menopause suffer from abnormal bleeding. If you’re one of these women, and you’re finished having children, consider endometrial ablation -- a procedure that brings relief by destroying the uterine lining. If you live around the Richland, Washington, area, consult with Dr. Richard Lorenzo of Complete Healthcare for Women, to determine if this is the right healing step for you.

How is endometrial ablation done?

During an endometrial ablation, the doctor destroys a thin layer of lining in the uterus, called the endometrium. The procedure is done to stop, or at least reduce, the menstrual flow.

No incision is needed because Dr. Lorenzo inserts thin instruments through the vagina and cervix into the uterus. There are several methods that can be used for ablating the uterine lining, including freezing, radiofrequency energy, using a laser, or heated liquid, and he’ll discuss the chosen method with you ahead of time.

Endometrial ablation is an outpatient procedure, meaning you won’t spend the night in the hospital. Expect it to last about 45 minutes using local anesthesia, or in some cases general anesthesia. You’ll be sent to recovery following the procedure and watched for stabilization of your blood pressure, pulse, and breathing rate. You’ll need a driver to take you home.

Why would I need an endometrial ablation?

Alterations in your hormones can lead to heavy periods that last longer than normal. When you must change your pad or tampon every hour, and bleeding lasts longer than seven days, it’s considered heavy and abnormal. If you tend to bleed between your normal cycles, you might also be a candidate for the procedure.

Heavy, abnormal bleeding can interfere with daily tasks and cause you to suffer from anemia, so reducing the flow is usually necessary. Before Dr. Lorenzo suggests an endometrial ablation, you may explore other ways to relieve your abnormal bleeding, including certain prescription medications or an intrauterine device. Endometrial ablation is an alternative to hysterectomy.

Why do I suffer from abnormal, heavy bleeding?

You may bleed heavily as you approach menopause due to changes in your hormones. Fibroids, cancer of the endometrium or uterus, and polyps are other possible causes.

How does an endometrial ablation affect a woman’s cycle?

Immediately following an endometrial ablation, you may experience cramping, nausea, and a vaginal discharge that includes some blood. You’ll fully recover after a few days, but it may take as long as two weeks.

Endometrial ablation reduces your menstrual flow, and in many women stops periods altogether. However, if you’re a younger woman who had an ablation due to fibroids or polyps, you may have to repeat the procedure, as you’ll continue to have periods.

Words from our patients